Nadav Kander is a Israeli London based photographer, artist and director. His landscape photographs have gained him notoriety among his peers with his shots often being examples of photographs with significant historical context and being part of his own style of landscape photographs. Nadav Kander's Half life is a project on capturing the derelict state of Chernobyl years after it had been evacuated and left after a powerful nuclear explosion which forced many people to flee their homes and leave their entire lives behind as the intense radioactivity made it extremely dangerous for anyone to stay there. The project shows the old elements of a thriving community while contrasting it to the city's overriding desolate condition.

When taking pictures focusing on the formal elements of photography the class was told to walk around the school site as well as the abandoned swimming pool that is also on school grounds. The formal elements are: Colour, Perspective, Texture, Line, Contrast, Tone, Shape and Form.
I felt that the school site was most complimentary for only a few of the elements, while the swimming pool suited other elements far better also. With the school grounds i felt that it captured the element of colour most effectively, and i think that is due to the overgrown swimming pool gradually gaining a consistently similar colour range due to the items and surfaces being overgrown with dirt and grime, taking the vibrance away from any bright colours. I also felt that perspective better suited the school grounds, which i think is thanks to the swimming pool area of the school having a rather linear design with lots of empty space, slightly reducing my chance of capturing formations in alternate angles. Whereas the regular school grounds have good formations for photographing perspective, for example lampposts and fence supports.

For the school trip, the two photography classes visited the abandoned theatre in Alexandra Palace. The desolate theatre was enjoyable to shoot as not many have the access to do so, as well as its featuring lots of old cracking paint and walls as , and age-battered decors and designs around the space. The theatre was also enjoyable to shoot when comparing it to the very clear and well lit grounds of the rest of the palace. ​

On the photography students second outing, we visited the local allotments on creighton avenue. The classes shots were to be focused on landscapes around the plots as well as taking close ups of small details of the allotment and the owners plots. I enjoyed shooting at this location as i myself grew up while frequently visiting this allotment, with my Dad having a plot of his own at the allotment. The allotment is a good place to shoot because of of each plot being unique with their objects and appearance, as well as the colourful landscapes and plants being fun to photograph, assisted by the complimentary wind that was happening that day. 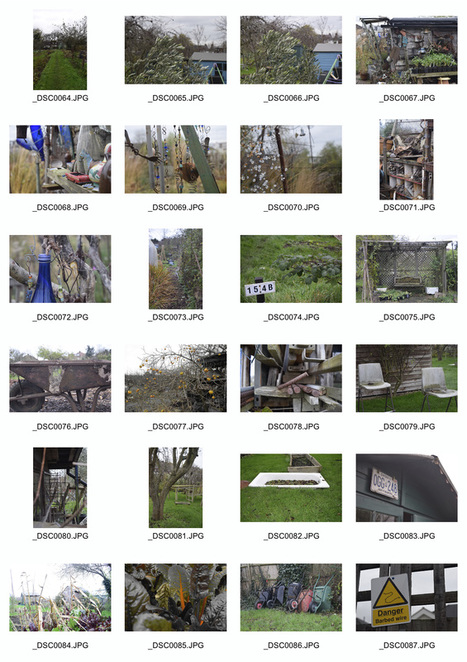 With our in school artist Sayako Sugawara we did some more dark room experiments. She showed us various techniques that would distort our images of Alexandra Palace in abstract and dynamic ways. Two of my favourite techniques that she showed us involved bleaching an image as well as placing iron filings on the shots, both of which changing the original photograph by changing its exposure and its texture. With the bleach, we brushed it along our pictures, in areas of the image that would look interesting with different ranges of exposures. With the iron filings i placed them on areas of my photos that i thought were too plain and therefore looking good with a colour boost and a added to dynamic appearance.

After my altered images were finished developing and drying, i then focused on the editing. I changed the hue's and saturation of my bleached image, and inverted it to contrast more to the emerging colours, i did this as i felt it would make the bleached parts of the image have more colour a boosted visual appearance. With my iron filing image i decided to increase the contrast between the black and white, so i could change the colour of my iron filings into purple, as i felt that it contrasts nicely with both black and white, and gives it a nicer and more clean looking colour scheme. 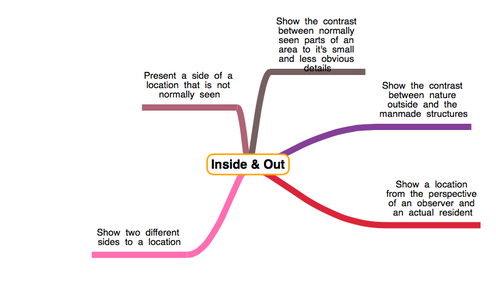 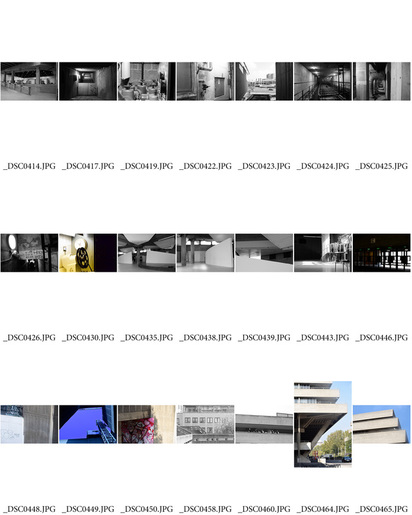 For this observation i decided to try and make a short film. I felt as if the subjects and locations of my film would juxtapose to the desolate  locations i shot before, which didn't show many people.  I also wanted to explore a range of media and still show my ability. When making my short film i intended to show my journey to central London as well as filming some of my favourite parts of London, while trying to show the small details of the areas i visited, rather than going to generic more touristic views of central London.

​I wanted to make sure my clips were of areas of London that i would like to photograph too. I did this as i felt i could present the areas i visited in my own way, and show a side of central London that only Londoners would immediately recognise and relate to. However i do feel that it the shots i took i also managed to show both my surroundings and the people that were sharing them with me at the time, i also tried to push myself further and give show more of my ability, as i felt that simply having clip after clip would not show my intention of showing my ability more. I decided include moving overlays for them, for example light streaks, moving images and marks on the film. I feel i did this quite well for an early attempt. I used the effects of natural light streaks and digital looking overlays to suit the shots which showed the more man made and manufactured side of London.

With my short film, i feel as if i should've given more indications of where i was in London and the process of moving place to place, for example filming street signs instead of short clips of roads and streets that i walked along to reach my next location. I feel that this and maybe creating more aesthetically pleasing overlays for future locations other than central London could give my film and potential future attempts a better reception and show my editing skills more efficiently. I feel that i can link the medium of film with my previous shooting locations and still keep the aesthetic of the film the same as my previous photographs.

Thought Process
With my final piece i decided to use photographs and short clips of previous locations to make a short film focused on Brutalist architecture in London. Along with this, i did some research on the beginnings of brutalism and the individuals and structures that inspired the movement. I explained the rise of Brutalism, and the impact its had on the city of London. To compliment my shots and research, i decided to explore the wider issues surrounding housing, that i incorporate in the film. By doing this i felt i extended the information the viewer would learn and receive, as well as making them as appreciative of existing brutalist structures as i am.

However, I do feel as if i could better my short film either by visiting more locations, or potentially personally receiving inputs from critics and influential people in the field of brutalism and architecture. Overall i am happy with the end result and I feel that the previous images and clips i shot fit in well when trying to explain the backgrounds and issues facing the locations i visited earlier in the project of Landscape.
Powered by