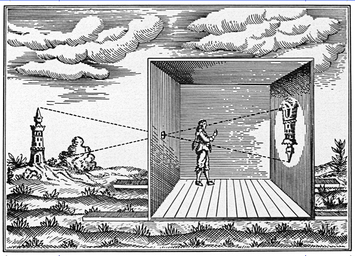 One of the earliest signs of photography was in the 18th century, with the creation of a Camera Obscura. The Camera Obscura was pioneered by budding painters and artists in order to allow them to view their subject easier by using outside lighting and a hole in one side of a room to reflect an image onto a parallel sided wall, all while maintaining its colour and details with the image itself being upside down. This allowed painters to easily trace a subject and paint it without having to glance at a subject, making the painting more accurate in terms of proportion and sizing. 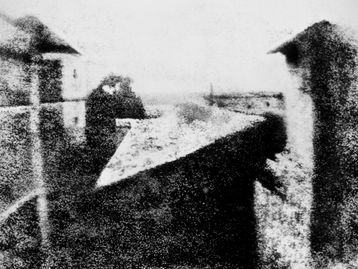 The first physical photograph was made by French inventor Joseph Nicéphore Niépce in 1827 Niépce wanted to use the camera obscura's product of a light painting to create a permanently exposed image, with the image not having to depend on light to even be seen like the camera obscura, but more with the aim to use the light to form an image that does not diminish over time. Niépce created this photograph by using a camera obscura to reflect an image onto  a polished pewter plate coated with bitumen, making it light sensitive, allowing it to expose an image onto the paper. This monumental achievement gave Niépce the title of creating the first photograph.

These two photographs show two generations of my family. One of the contrasting factors between the pictures is the fashion choices, with my great grandma wearing a wedding dress which is far off what people would call a wedding dress today, with it being rather plain and lacking small details that we see today on wedding dresses e.g. jewels and beads. She is also wearing gloves, a very common accessory for weddings at the time. She is also pictured to be wearing a lopsided hat and an oversized flower broach, both of which seem outdated due to these two accessories not exactly being an essential for outfits these days.


With the more recent photograph of my Grandma, Uncle and Auntie, you can see how my grandma and auntie are both still sporting woollen cardigans showing that the ever changing fashion sense of Britain hasn't had a massive impact on the way they dress. However this still shows a difference in culture, with my grandma, uncle and auntie not wearing their smartest clothes for the picture. This contrasts to the common sight of families dressing very smart for a photograph in the olden days due to photo shoots being a rare opportunity with photography only becoming commercialized in the late 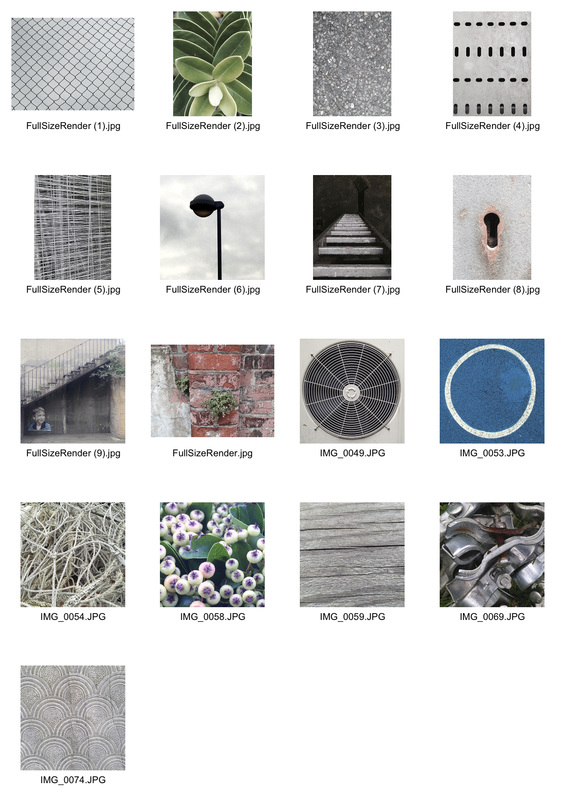 These are the products of my first set of photograms, i brought in objects that i thought would cast an interesting exposure on to the photographic paper or items that distort or bend light and would cast an intriguing outline.

I decided to bring in: 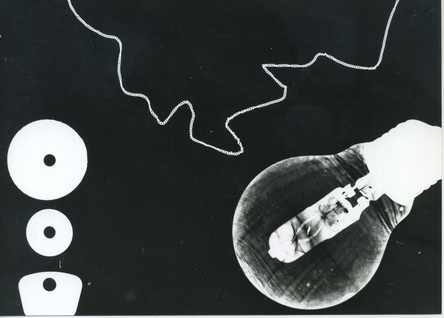 With an SLR Camera, the appearance of an image all depends on the camera's shutter speed and aperture setting when the picture is being shot. For example, if your camera had a slow shutter speed e.g. 125th of a second
Test Strips
Contact Sheet 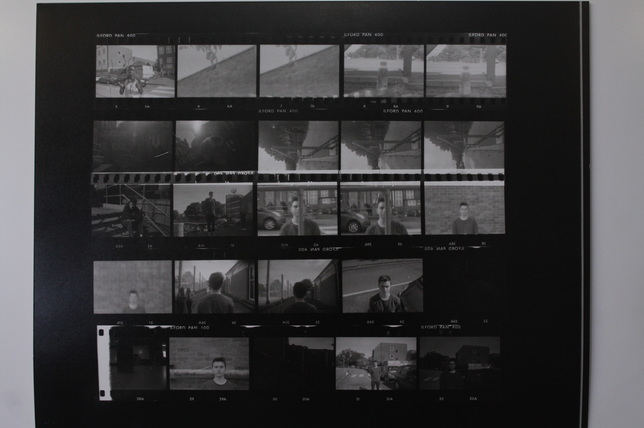